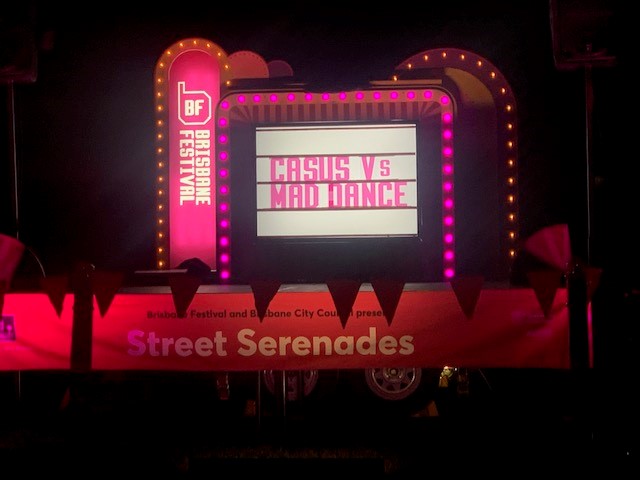 Earlier this month, residents at Brisbane North Rental Village played host to a very special, resident-only performance by Casus Circus vs Mad Dance. The performance formed part of the Brisbane Festival Street Serenades program which aims to bring art and culture to the neighbourhoods of Brisbane.

The performance was an explosion for the senses – a cross-pollination of contemporary circus and street dance. The act included hip hop, pop, lock and adagio dance styles; hula hoopers; music, and circus performances.

After packing up the set, the performers gathered around residents and staff and shared in conversation and refreshments, commenting that the performance had been one of their favourite destinations as there was so much gratitude for their work, reminding the performers of why they love attending community events.

Residents had nothing but praise for the performers and staff from Ingenia who contributed to putting together such a wonderful evening. Everyone was so grateful for a production of that calibre to come to Brisbane North. For many residents, it was the first time they experienced a Brisbane Festival event or a cultural performance.